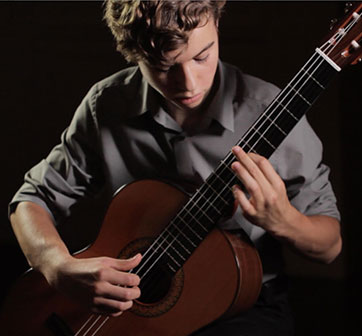 Ansel Bobrow is a composer and classical guitarist currently studying music and computer science at Yale. He is a guitar student of Roberto Granados and Benjamin Verdery, having previously studied with Tali Roth at Juilliard Pre-College and Jonathan Trotta at the Rockland Conservatory of Music. As a member of the New York Youth Symphony, he has performed at Carnegie Hall, Symphony Space, and the National Arts Club in a flute and guitar duet, participated in workshops with Caroline Shaw, Nico Muhly, Du Yun, and other prominent composers, and had original compositions premiered at Symphony Space and the DiMenna Center for Classical Music. Ansel was also selected as a YoungArts winner in classical music, where—aside from enjoying a week of exhibits and masterclasses by peers and professionals—he took part in an interdisciplinary performance involving experimental animation, dance, and classical music. 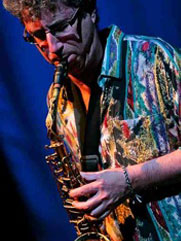 Composer for Under the Skin and Double Expose

Ken Field is a Boston-based saxophonist, flautist, percussionist, and composer. Since 1988 he has been a member of the internationally acclaimed modern music ensemble Birdsongs of the Mesozoic. Field also leads the Revolutionary Snake Ensemble, an improvisational brass band whose second release, Forked Tongue, was included on best-of-year lists in the Village Voice, the Postimees (Estonia), and ten others. The Ensemble's debut CD, Year of the Snake, was named by WNYC music director John Schaefer as one of his top 20 "new sounds" releases of all time. The group has appeared at the Brooklyn Academy of Music, the Museum of Fine Arts (Boston), the Puffin Cultural Forum, the Kennedy Center for the Performing Arts, and numerous other venues. Field has performed in the US, Canada, Mexico, France, Germany, Spain, Portugal, Hungary, Ireland, Switzerland, Italy, and Japan, and has been Composer-in-Residence at the MacDowell Colony, the Ucross Foundation (Wyoming), the Fundacion Valparaiso (Spain), and the Atlantic Center for the Arts (Florida). His solo releases, including the soundtrack for Under The Skin, document his compositions and improvisations for layered alto saxophones. His recordings have been released on the Cuneiform, O.O.Discs, sFz Recordings, Sublingual, and Innova labels, and have been featured in The New York Times, Saxophone Journal, The Boston Globe, The Los Angeles Times, The Washington Post, and many other publications. Field is an Applied Microphone Technology Endorser and a Vandoren Performing Artist. His music is also heard regularly on Sesame Street. 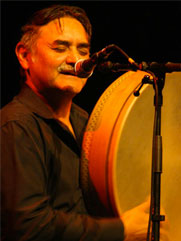 Composer for Memory Bank and Carried Away

Glen Velez is an internationally recognized frame drummer, composer, scholar and teacher. Velez has created his own musical style inspired by both Western percussion and frame drum performance styles from around the world. A member of the Paul Winter Consort from 1983-1998, and of Steve Reich & Musicians from 1972-1987, Velez's own music has recently been featured on National Public Radio's All Things Considered, John Schaefer's New Sounds on WNYC, and in feature articles in the New York Times, Village Voice, Christian Science Monitor, and Down Beat Magazine. In addition to ten recordings and several instructional videos under his own name, he has recently recorded with such diverse artists as Pat Metheny, Paul Winter, Lyle Mays, Marc Cohn, Suzanne Vega, Glen Moore and Rabih Abou-Khalil on labels such as ECM, CBS, RCA, GRP, Vanguard, Deutsche Gramophone, Geffen, Nonesuch, Capital and Living Music. He is a member of the TA KA DI MI DUO with world-jazz and rhythm voice virtuoso Lori Cotler. 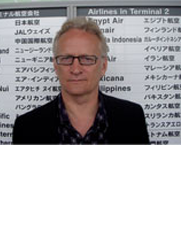 Robert Een is an acclaimed composer, cellist and singer. The recipient of a 2004 Obie Award for music composition and a 2000 Bessie Award for sustained achievement, Een has performed on stages and in unusual venues throughout the world, including the Buddhist caves of Ellora, India; the Shinto shrine in Tsurugi, Japan; a theater above the Arctic circle in Norway; as well as Central Park, Lincoln Center, the Whitney Museum and the Knitting Factory in New York City. Known for his use of extended vocal and cello techniques, he has recorded eight albums: Mystery Dances, Expanding Universe, Fertile Fields, Your Life is Not Your Own, Big Joe, The Rook and Mr. Jealousy soundtracks, and Music from Blue Earth. His scores for film include; My Horrible Year, Mr. Jealousy, Trouble on the Corner, The Rook, Guts, and the documentaries Misty Isle Out and Carnival Train. Robert Een's music for theater and dance can be heard in the repertories of Liz Lerman, David Dorfman, Yin Mei, Jennifer Muller, Yoshiko Chuma, Sara Pearson/Patrik Widrig, Ron K. Brown and others. As a teacher he has been a guest lecturer and an artist-in-residence at colleges, universities and professional schools around the globe. His long association with Meredith Monk culminated in their evening-length performance duet, Facing North. 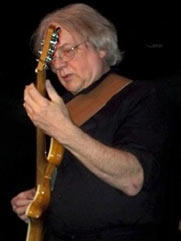 John Guth is a singer-songwriter, guitarist and composer as well as a producer and audio engineer. He has toured and/or recorded with many well known artists including Bob Gibson, Tom Paxton, Mimi Farina, Susanne Vega, Judy Collins, Red Grammer, Tom Chapin, Paul Winter, Galt MacDermot, Michael Wolff, Jordan Rudess, and Peter Allen. His music opens and closes the Grammy winning audio book production of Harry Potter and the Goblet of Fire. In progress is an album of John’s songs featuring the amazing Howard Levy on harmonica.