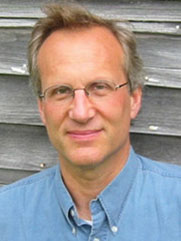 Scott Lehrer is a sound designer and music engineer/producer whose work can be heard in a variety of media, from Broadway musicals to CDs, radio, film soundtracks and museum installations. A sampling of his work includes his design for the 2008 revival of the musical South Pacific for which he received the first ever Tony Award for sound, Ann Hamilton’s installation Corpus at MASSMOCA in 2004, Meredith Monk’s mercy for ECM Records, many of Richard Nelson’s plays including his recent Sweet and Sad at the Public Theatre and Franny’s Way for which he received a Lortel Award, Loudon Wainwright III’s 2009 Grammy winning High Wide and Handsome, George Wolfe’s 1993 production of Angels in America, 17 seasons of the City Center Encores series, numerous radio dramas for BBC Radio 4 and Mike Nichols’ 2012 revival of Death of a Salesman. A graduate of Sarah Lawrence College, Scott is on the faculty of Bennington College, teaching music recording and sound design.

Leon Rothenberg is a Tony nominated sound designer based in New York City who has designed for a number of environments including theater, film, dance, installation and the circus. Recent credits include plays and musicals across the country at venues such as the Seattle Repertory Theater, Manhattan Theater Club, La Jolla Playhouse, New York City Center, The Theater at Madison Square Garden and on Broadway. He designed sound for Cirque du Soleil’s Kooza, currently touring the world, and Wintuk, Cirque’s winter holiday show in New York City. Upcoming Broadway shows include The Heiress and The Nance. Past designs include Impressionism and August Wilson’s Joe Turner’s Come and Gone. Other recent work includes the critically acclaimed February House at The Public Theater, August Wilson’s Jitney at 2Rivers and Some Lovers at The Old Globe. Leon was Assistant Sound Designer for Cirque’s LOVE and Ka in Las Vegas, and Corteo on tour throughout the world. 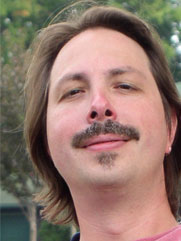 Frank DenDanto III is a lighting and visual designer, received his MFA in Design from NYU’s Tisch School. His design credits include Full Circle’s Solar Powered at the New Victory Theater, HBO’s Reel Sex 24 and Off-Broadway productions of Blind Alley at the Puerto Rican Traveling Theater, Only You at the Jewish American Theater, and Shadow Box at the Hudson Guild Theater. He has designed for Spalding Gray, Eric Bogosian, Karen Finley, Tim Miller, Deb Margolin, Ann Magnuson, John Kelly, Holly Hughes, Sarah Michelson, Lava Love, Stacy Dawson, David Neumann and the White Oak Dance Project. Awards for his light installation/sculptures include First Runner Up in Light Forums 98, and a Jerome commission in 2002. His work and designs have been displayed at the Andy Warhol Museum in Pittsburgh, The Museum of Art and Architecture and The New Museum of Contemporary Art in NYC. He has worked with Bridgman|Packer Dance since 1997. 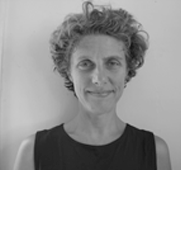 Costume Designer for Carried Away, Seductive Reasoning and Double Expose 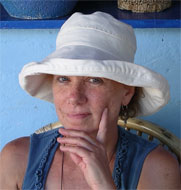 Karen Aqua's award-winning films have been screened worldwide, at festivals in Europe, Asia, North and South America, New Zealand, and the Middle East. She received fellowships from the American Film Institute, the MacDowell Colony, Millay Colony for the Arts, Fundacion Valparaiso in Spain, New England Film/Video Fellowship Program, Berkshire Taconic Trust, LEF Foundation, the Puffin Foundation, and, just prior to her death, the Massachusetts Cultural Council. She taught animation at Boston College and Emerson College, as well as at workshops and residencies around the United States. She served as a juror for film festivals in Japan, Canada, and the United States. In 2005, a special program of her animated films was presented at the Tehran (Iran) International Animation Festival. Aqua directed and animated 22 segments for Sesame Street.